An electric wine opener, sometimes I have even considered to write a letter to Ozeri just to let them know that their electric openers are gorgeous to look at, but can’t open a wine bottle as reliably as rabbits and sommeliers, even if you have been on your knees for 40 days praying that it would. Now they have the Ozeri Pro, for professionals I assume? 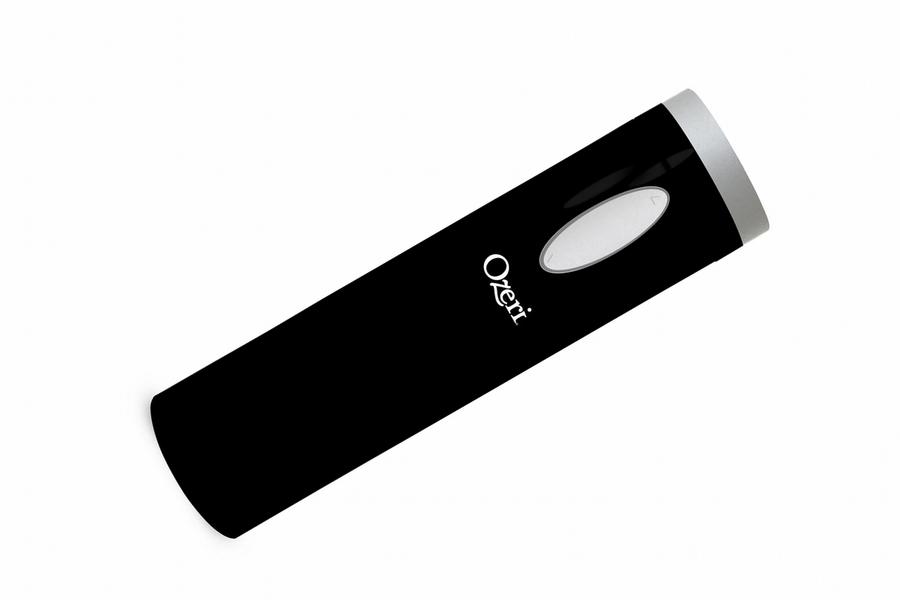 A friend of mine had this model and said that the manufacturers placed a timer in it so that the device would break after any possibility of returning the device for a new one was over. I was entirely shocked to hear this and decided to investigate, but it was a foiled investigation as mine did not come with a warranty, oh the small details which we seem to leave out.

Anyway the Ozeri Pro looks fabulous as usual, perched on its recharging base, looks may be deceiving, and this one has definitely shifted my attention away from its usability, but not for long as it was time to put it to the test. I handed my trusty sidekick (my wife, if she were to see this I would certainly have it handed out to me) a bottle of venture pinot noir, she began stripping the foil with the cutter that was snuggled at the top of the charging stand.

Foil removed, she proceeded to place the opener on top of the bottle with a push of the button the cordless opener began to emit a motorized sound, and before long the cork was removed.

Alright then enough with the Dick Tracy plot line, the wine opener actually works well, it may struggle once a while but it works. The battery that this thing uses last far longer than any that I have had before. Sadly this thing did not last, after a few dozen bottles, it decided to lose its strength.

Just when I thought I was going to have a way of opening wine bottles when my aging hands have lost all their strength, it decides to fail, so I guess the search continues for another more reliable electronic opener. But if you are a person who doesn’t open bottles every week then this Ozeri Pro Electric Wine Opener would be the right one for you.