Oenophillia, what a name to be associated with the pleasures of wine, Oeno the Greek goddess who was capable of turning anything into wine, and phillia which is friendship, to be known of Oeno is to be known of wine. The brand name may be a very attractive and cleverly thought out gimmick, but can this Oenophilia Coutale Sommeliers Corkscrewbest the likes of others who are better well known. 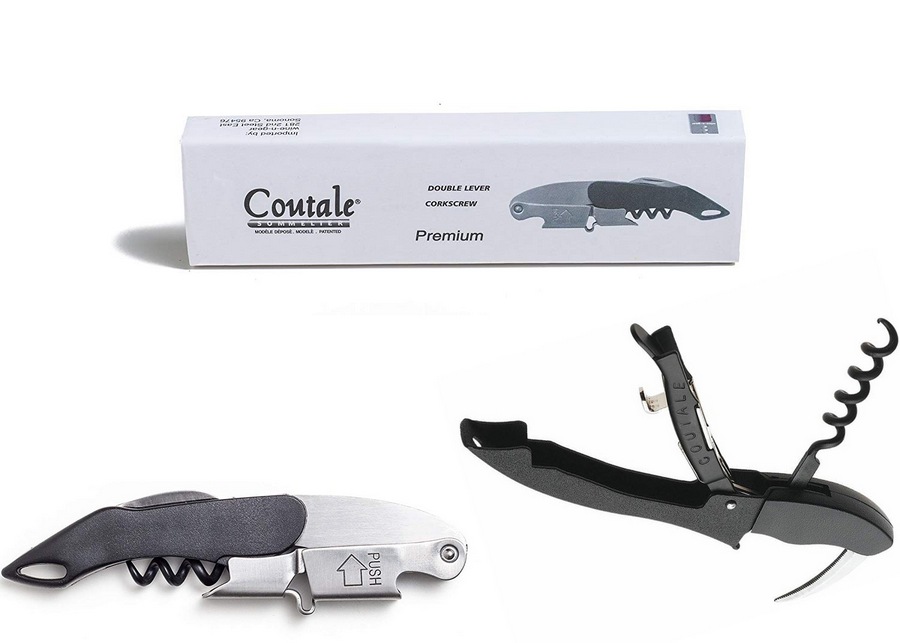 I have a liking to the simplicity of sommelier knives, the unfolding and the fitting into ones pocket. This Oenophilia Coutale Sommeliers Corkscrew looks like a regular switchblade when in it is folded, and after unfolding you can study the parts which make to a regular knife.

The worm is made coated with Teflon making insertion and extraction entirely easy, a coated worm is capable of being used countless times without causing much friction, and leaves the cork ready and well prepared for the next use.

The foil cutter however does not work as well as it is supposed to, the blade although not meant to be sharp is surprisingly dull and it requires much skill to de-foil a bottle, so it would be handy to have a foil cutter with you if you are not well versed with this knifes cutter.

A nice spring loaded tail is something that is somewhat rare in any sommelier knife, this provides for an adjustable height between the knife and the bottles neck, but you have to secure the tail before you attempt to pull the cork off. But the bad part about this tail is that it does not find its place back into the body of the knife, causing it to dangle as you are trying to screw the worm into the cork and proves to be somewhat of a pain.

I would recommend this Oenophilia Coutale Sommeliers Corkscrew to those looking for a cheap reliable knife but, and this is a significantly large “but”, the fact that this knife split into pieces while I was using it to open a bottle is a reason that eliminates all functionality in the knife, I am not please with the assembly, the joints are weak and the whole thing does not hold well together. There are many more knives which last longer and for cheaper too.